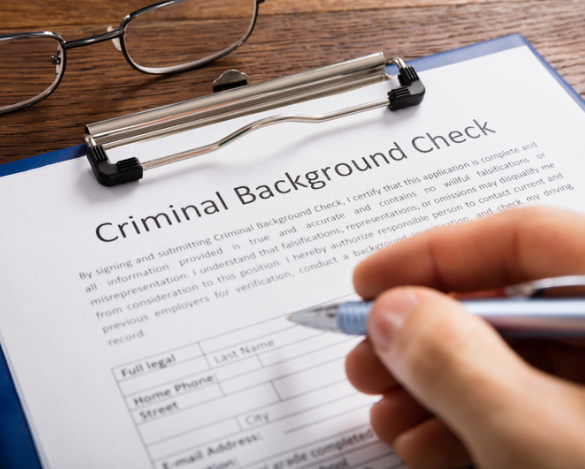 For California employers, conducting comprehensive and accurate pre-employment background checks is critical for ensuring that they hire trustworthy, qualified employees. The background check process in California was already heavily regulated by multiple state and federal laws.

A recent decision issued by the California Court of Appeal in All of Us or None of Us v. Hamrick, Cal. Ct. App., 4th Appellate Dist., 1st Div. No. D076524 (2021) will make the employment background check process even more complicated for employers and consumer reporting agencies (CRAs).

Under this decision, court clerks will redact identifiers from court records, including dates of birth and driver’s license numbers.

The plaintiffs in Hamrick were members of a re-entry program that filed a lawsuit against the Superior Court of Riverside, alleging that the court’s inclusion of identifiers, including dates of birth and driver’s license numbers, on court criminal records violated Cal. Court Rule 2.507.

This rule controls the information courts are allowed to reveal on electronically accessible court records.

Under Cal. Court Rule 2.503(b), courts are directed to provide electronic access to registers of action, court indexes, and court calendars to the public to the extent that doing so is feasible.

However, Rule 2.507 clarifies that certain types of identifying information must not be included in publicly available electronic records.

The trial court granted the defendants’ summary judgment motion. The plaintiffs appealed, and the Court of Appeal reversed the trial court’s decision. When the trial court received the case again, it ruled as a matter of law that court clerks must redact personal identifiers from court records other than an individual’s name.

This means that court clerks will now have to redact driver’s license numbers and dates of birth from their electronic criminal court records.

The defendants filed a writ of certiorari to the California Supreme Court, and multiple parties signed an amicus letter asking the court to review the Court of Appeal’s decision that dates of birth and driver’s license numbers must be redacted from court records.

On Sept. 1, 2021, the California Supreme Court denied the petition for review. This means that court clerks in California must now redact dates of birth, driver’s license numbers, and other identifiers from their electronic court records.

How Will This Decision Affect Background Screening?

CRAs and employers will be unable to use dates of birth or driver’s license numbers to distinguish applicants from others with similar names.

The only identifier that will now appear on court records will be an individual’s name. Companies like iprospectcheck that conduct pre-employment background checks for employers are not allowed to report applicants’ criminal records unless they can verify that they belong to the applicants.

Under industry standards, background check companies must use a minimum of two identifiers to verify that criminal records belong to specific individuals.

CRAs rely on court records to gather accurate and comprehensive criminal history information for employers. Redacting all but names from court records will make it difficult for employers in California and employers outside of the state with applicants who have ever lived or worked in California to receive accurate and comprehensive criminal history information on their background check reports.

One difference in California is that it does not have a broadly accessible state database through which employers can access criminal records while Michigan does have a database. In California, only companies approved by statute can apply for access to the California Department of Justice’s criminal repository through fingerprint-based checks.

Approved agencies are limited to those that provide services to vulnerable populations, K-12 schools, and certain nonprofits, meaning that many private employers cannot access information through the DOJ.

Effective Date of the Opinion

The Court of Appeal’s decision is binding on the Superior Court of Riverside. However, the same approach will likely be adopted by courts throughout the state since the California Supreme Court denied a review of the decision.

After the case was returned to the trial court, it granted judgment on behalf of the plaintiffs as a matter of law. Since the Supreme Court refused to hear the review, this means that it is immediately effective in at least the Riverside Superior Court.

While the changes will make pre-employment background checks more difficult, iprospectcheck has already adapted by instituting new internal processes and research techniques to gather all of the information our clients require about their applicants.

We will still be able to conduct comprehensive employment background checks for employers in California and provide up-to-date, accurate, and comprehensive information about their candidates, including criminal history information.