These are the 5 biggest signs of a toxic workplace 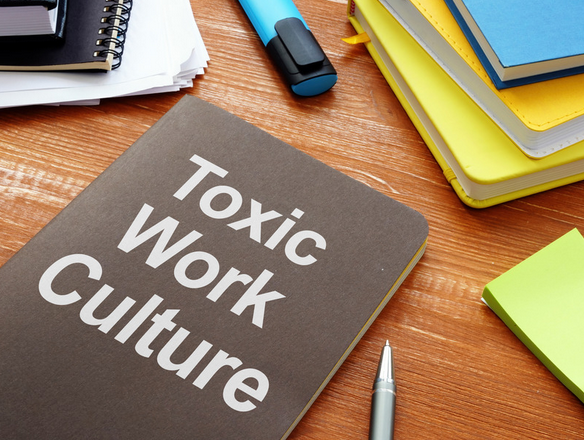 A toxic work culture is the biggest reason why people quit, and it’s 10 times even more important than pay, according to research published in the MIT Sloan Management Review. But what exactly does a toxic workplace actually look like?

“Employees can have hundreds of different criticisms about their organization that they discuss on Glassdoor,” from IT problems to clueless management, says Charlie Sull, a researcher on the analysis. “Most won’t have a powerful emotive effect on their assessment of the organization, but we’re looking at a small sample of topics that do have a large effect on a company’s Glassdoor rating.” Those same factors can cost companies billions of dollars in employees quitting.

For their analysis, researchers focused on topics repeated in employee reviews that correlated with both a negative score on the company’s culture score and high attrition rates from April to September 2021.

“These aren’t just mere annoyances,” Sull says. “These are the things that’ll cause an emotional reaction that’ll make you dread going into work.”

Based on anonymous reviews, employees say the following five descriptions are textbook elements of a toxic work culture: